My name is Amanda Cooksey and instead of boring you with the typical bio, I thought I would make mine a little more interesting.

1. I grew up in Orlando, Florida, and I STILL have an annual pass to Islands Of Adventure and Universal even though I live in Nashville now.

2. I started singing in church and writing songs for fun when I was in fifth grade, but have played piano since the age of six. I taught myself guitar in middle school until I found a teacher to help guide me when I was fourteen.

3. I was voted a “one to watch” songwriter by Nashville Songwriter’s Association International in 2013.

4. I am inspired by all types of music! I listen to anything from 50’s music to what’s on the radio today. However, I draw most of my inspiration from artists like Walker Hayes, Julia Michaels, Ariana Grande, Tate McRae, Tai Verdes, and Breland.

5. I am fortunate to have played multiple shows in Florida at places/venues like the Florida Music Festival, Deland Songwriter’s Music Festival, Daytona Music Festival, BB Kings, The Dubliner, The VIP lounge at the Sounds of Summer Tour with Dierks Bentley, Kip Moore, Maddie & Tae, and Canaan Smith, and was blessed to open for Michael Ray in his hometown of Eustis at Boleros Cigar Bar with other incredible songwriter.

6. You could say I am a  textbook nerd. I graduated from Belmont University in two years with a Business Administration degree and went back a semester later and received a Songwriting degree as well. I also have my Masters in Public Relations from the University of Florida.

7. If you thought I couldn’t get nerdier, you’re wrong! I am also obsessed with anything SyFy or Marvel related. I also love Horror films!

8. I recently won second place in the Write With A Hitmaker Songwriting contest and fourth place in the Music City Song Star contest for my single, “Girl In The Mirror”. You can find it on Spotify, Amazon, and iTunes!

9. You can find me playing at places in Nashville such as The Listening Room, Cabana Taps, The Row, Alley Taps, Live Oak, and The Commodore Grille.

10. My piano instructor, Ron Feldman, was one of my biggest inspirations. He pushed me to try out for my eighth grade talent show. The year before, I ran out of the same audition crying due to all of the nerves. Without him, I don’t know if I would be pursuing music today. He pushed me outside of my comfort zone and taught me to chase my dreams no matter how big they seemed. Ron passed away from cancer right before I moved to Nashville in 2014, but he will forever live on through my music.

11. My family means the world to me. I would not be where I am at today without them.

12. I look forward to getting to know you! Please stop by my Facebook and Instagram Lives and say hello! Also, I am now on Tik Tok, but I don’t dance. 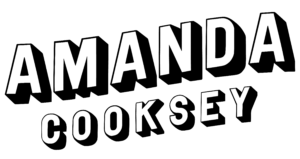